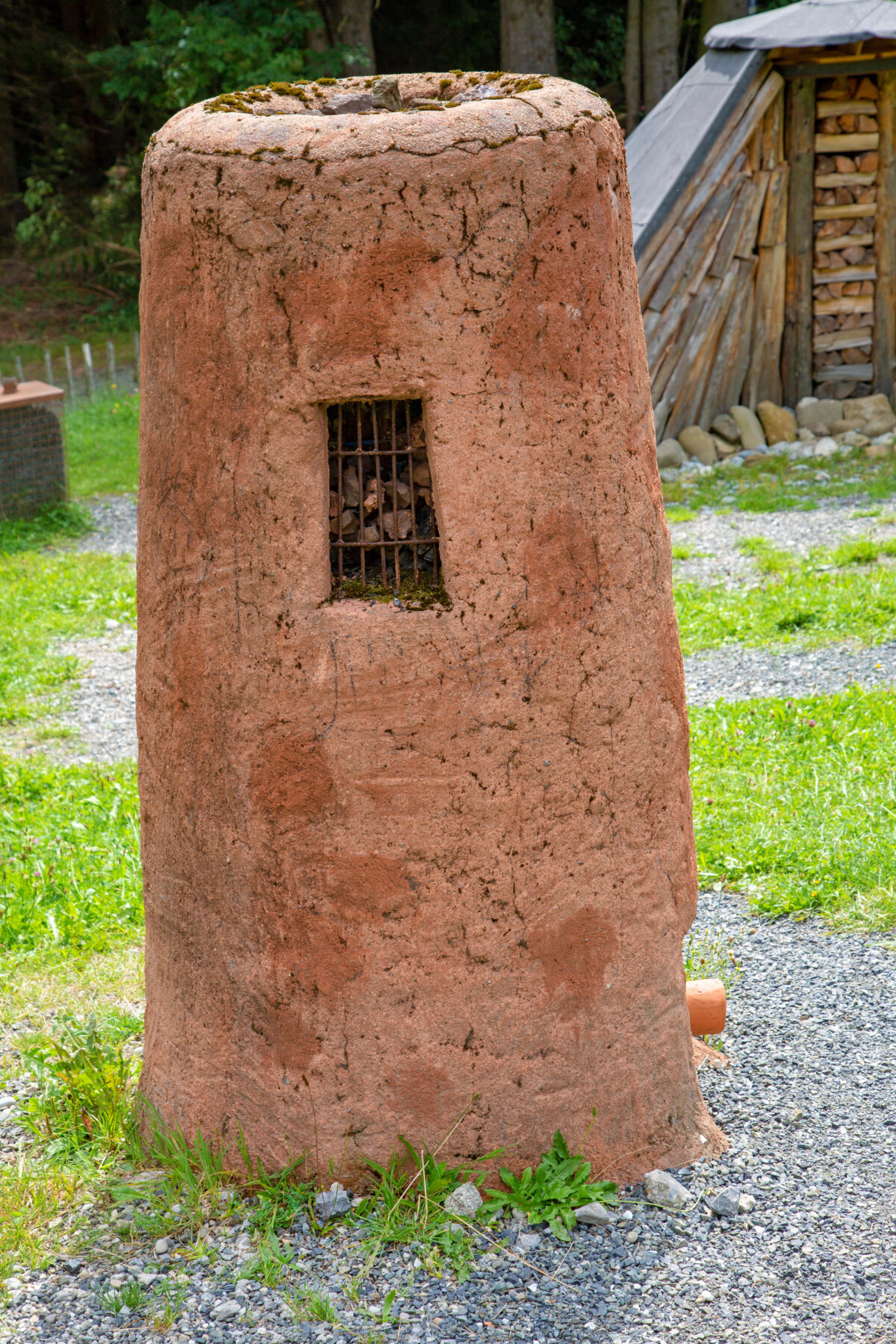 Where is the Egremont Bloomery?

In Egremont – on the Wirral bank of the River Mersey, sandwiched between New Brighton and Leasowe.   Not the one in Cumbria!

What is a bloomery?

A bloomery is the earliest form of iron smelter. It produces a porous mass of iron and slag called a bloom which is consolidated and further forged into wrought iron.   A bloomery was simple to make and was the only form of iron smelter used in the iron age continuing right up to the medieval period.   Wirral Archaeology has discovered a fine example of a bloomery on the shore at Egremont.

How is a bloomery constructed?

How does a bloomery work

To start the process a simple wooden fire is lit in the upper chamber.   As the fire starts to glow small lumps of charcoal are added and this increases the temperature.  Crushed iron ore is mixed with yet more charcoal is then added.   This raises the temperature still further which makes the iron slag soft enough to hammer out iron tools and weapons.

Why was it there?

Was it a Roman site connected with the port of Meols?  Was it Viking, perhaps connected with boat building on the Mersey shore?   Where did the iron ore come from?   Did it use bog iron from the marshy interior of the Wirral peninsula?   All of this is speculation.   Only an investigation will reveal the truth.  Wirral Archaeology is waiting for permission from Wirral Council to start that investigation

While the operation of the bloomery is of interest our initial task is to carefully record the site and its construction.   It can tell us a lot.   Currently, the site is covered with six metres of water at high tide.   It is very unlikely that the bloomery would have been deliberately constructed to have been covered with water twice a day so the only conclusion is that the water didn’t reach the site when it was in use.   Could the Mersey have been much narrower in those early days?

Join us to be involved in this exciting project

← The Search for the Battle of Brunanburh.
The Wirral Shore →